Of course, I'm not referring to all the solo ad providers. They help you generate leads in a short period of time and make good sales. I'm specifically referring to some (or most) of the providers who belong to Facebook solo ad groups.

Last week I wrote about Clickmagick's decision to ban spammers. I was glad to hear the news, but within a few days the spammers came up with a solution. They all quit Clickmagick and migrate to another link rotator service such as Qliker.io. So that they can keep spamming. I've had a chat with number of these solo ad sellers from the Facebook groups, and they all gave me the same advice;

"I suggest that you too should move to Qliker before it's too late."

What is 'too late'? I don't spam. I don't use endless funnels to deceit users. I don't lie to my subscribers saying there's $5,000 waiting for them to pick up.

Clickmagick toughened the spam policy so that the solo ad providers who use the service would consider more ethical ways to sell traffic. A massive exodus took place instead. I was taken a back by the way they value their business. As if to say "That's our business. We spam. And make money. There's a huge demand and that's how we've always supplied. If we're banned, we go elsewhere. What's the big deal?" It's affected me a little too. I was selling a traffic to someone who turned out to be a solo ad seller, who turned out to be using a spammy popups. Clickmagick detected it in my rotator link and deleted it. I explained this to my buyer and refunded money. I also contacted Clickmagick support desk and said I'd been unaware of the popup spam. They were cool about it. I just need to be careful about who I'm selling a traffic to in the future - in order to protect my own subscribers from spams, and also to avoid receiving complaints via my email marketing providers.

I'm constantly in contact with online business owners who are looking for the best solo ad sellers via my websites or various messengers. Here's my general advice;

If someone contacts you via Facebook internet marketing groups and tries to sell a traffic, that's because they can't find customers elsewhere in any other ways. Reputable solo ad providers don't need to do that. Don't buy from them - you can't expect responsive leads. Meaning that they don't have a segmented list of subscribers suitable for your online business. Try Udimi instead, or ask your fellow online marketers for their recommended sellers.

Constant Contact Review: What is the Best Email Marketing Service? 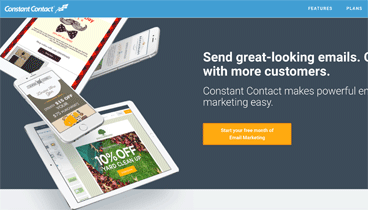 Is Cashpoint ATM a Scam?

Is Cashpoint ATM a Scam?