If you've been looking for a MoreCash.co review to find out whether you can make any money with this site or not, then you're in the right place. MoreCash is a scam. Not in the sense that it's taking money off you, you're not losing any money. But you're not making a penny out of it, either. It will do more harm than good - in fact, it will only do harm, nothing good. Stay away - my MoreCash review will explain.

MoreCash is a data harvesting scam. It falsely offers free cash to steal the users' personal data. It offers to;

Now the catch is these "tasks". They are fake gift offers in the name of surveys. To become "eligible", users are required to give their sensitive personal data (full name, email address, phone number, street address, date of birth, etc.), which will be passed to illegitimate advertising agents. So you'll start receiving unsolicited emails and texts from companies that you've never signed up to. 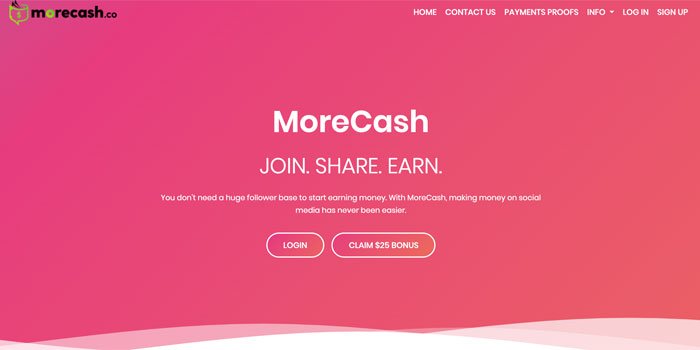 MoreCash will never pay any money that you may "earn". Each time you refer someone to MoreCash or complete a task, you'll see the amount credited to your account, but that's just happening within your MoreCash dashboard. When you request to withdraw cash, nothing will happen. Soon your access will be blocked, and that'll be the end of it.

So this is what happens - you'll never make a cent with MoreCash. The scammer will sell your personal information to third parties. And if you introduce MoreCash to your friends or social followers, it will cause damages to your relationships, too.

The Task Wall is the main part where MoreCash makes money by selling your personal information. They're not tasks, but they're all fake prize competitions in the name of surveys. They're all offering stuff that kids love, such as McDonald's gift card, a prepaid Visa card with $1,000 in it, Samsung Galaxy, etc.

You see, if a survey was genuine, it wouldn't offer such a high-value reward. Because whoever prepared the survey questions (i.e. research company) would be looking for accurate results from as many groups of people. They wouldn't want an answer only from freebie seekers (that is you!)

When you click to carry out one of the "tasks", you'll be directed to a spam agency's site. For example if you live in the USA, you are most likely to be taken to a National Consumer Center's site (OnlinePromotionUSA.com), notorious for harvesting users' personal data. The "survey questions" are silly ones, such as "How many times do you go shopping per week?"

You're required to give all your personal information, so you do, submit, and just when you think you've completed the "tasks", another message will pop up, asking to fill out your personal info again, which will be sent to another spam agency.

So these tasks are designed to steal your information multiple times, never-ending, and even if you complete it, you'll be left with nothing but the consequences of receiving unwanted messages in the future.

Don't believe anything that's being said on the MoreCash.co's homepage, because it's all made up. The testimonials are all fake, the photos are randomly taken from a stock photo site or a social site without telling them, and repeatedly used on many other similar sites that are owned by the same scammer, such as Use2Earn, Click4Kash, Tap2Earn, and OgDollars. 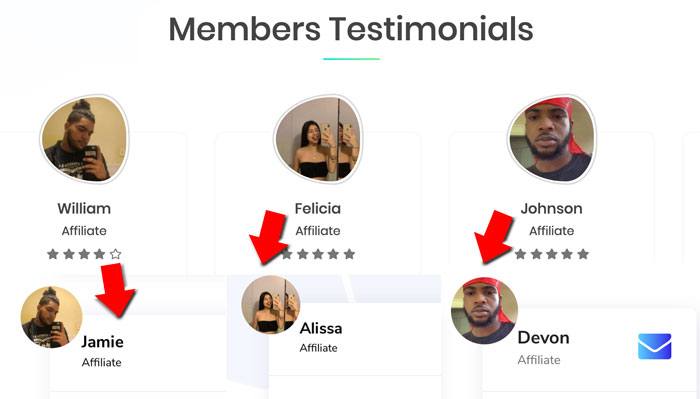 As you can see the name of each person is shown differently from other sites. Whereas the "payment proofs" are also fake - anyone can create fake screenshots like these, and when you closely look at each one, it's all blurry. You cannot verify whether it's genuine or tampered...means it's tampered!

If you want to start making money online seriously, don't waste your time on websites like MoreCash. Because no business in the world will pay money "without consideration" - which means to give out money to random people unconditionally. You can earn money by using legitimate reward programs such as Swagbucks and Clixsense, but the level of income you can expect is extremely low. It's meant to be low - you won't earn much money by doing something that anyone can do.

The only way to earn a decent income online is by running a proper work-from-home business. If you're interested in building your own website and learning marketing techniques, join me from the link below. All the tools are available, free to join, little investment to carry on your business and earn passive income by promoting products (such as products from Amazon). We'll help you all the way, only if you're serious about making a living online. Good luck!