Today in my ZoomBucks review, I'll explain to you why it deserves a spot in your online earning routine. When it comes to making money online, people often flock to those GPT ("get paid to") sites that offer more than one way to earn some extra cash or rewards. I know I do. In fact, it's part of my criteria for good and legit sites. 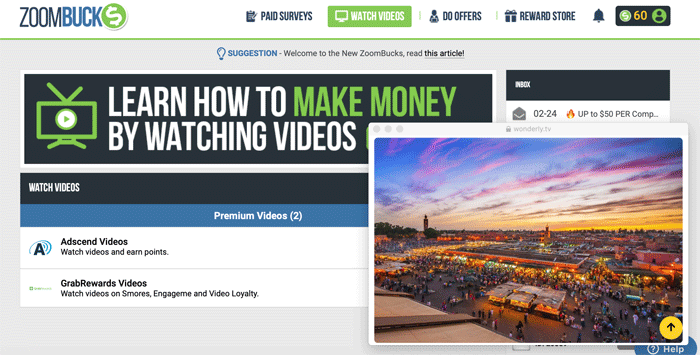 Fortunately, there's a good number of them these days. Sometimes it's just a matter of juggling several of those that are worth your time and effort. Other times, it's a bit more complicated than that. Determining which GPT sites are actually legit from those that are scams demands some research and first-hand experience. What that translates to, in turn, is time often wasted which could have been spent on making money somewhere legit and actually useful.

So for today, I'm taking a closer look at one of the legit survey/GPT sites that I am glad to have stumbled upon. It is called ZoomBucks. It has only been relaunched in late 2018 after a four-year hiatus. By GPT site standards, ZoomBucks hasn't been in existence for very long because a lot of survey sites were established at least a decade ago. However, there is something about this new-ish site that caught my interest and appealed to me. Aside from it being free to join (probably one of the hallmarks of a legit survey site), it offers several unique things to its members.

With most of the GPT and paid survey sites I've tried before, there were mostly answering surveys and little else. While surveys for cash could spell out serious earnings in the long run, it also can get dull pretty fast. In the case of some of the sites I tried, questions could get repetitive - and based on demographic, even predictable. For older users, this might not be a big deal. But since ZoomBucks allows members as young as 13 years old to register, some variety is in order as far as the tasks go. 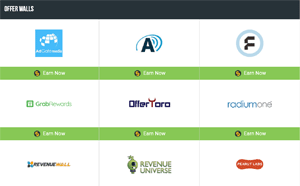 It's excellent that ZoomBucks offers something beyond answering surveys. There are enough tasks to earn points on this site that I can hop from one to another when I start feeling bored. I can choose to watch videos for a change of pace. I can also choose to complete offers - a personal favorite task (more on this in a bit).

And as far as earning some passive income goes (the kind where you sit back, relax, and wait for earnings to come in), ZoomBucks offers a reliable referral system. Each referral already earns you points, but it doesn’t stop there - you earn further as soon as they make their first 1000 points! You can actually track your referrals automatically via your referral code on your dashboard, so you know how many points to expect. 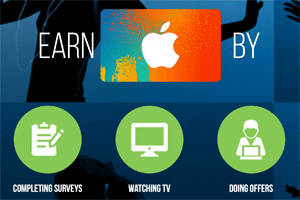 Another thing that makes ZoomBucks worth my while? It just has better payouts compared to other sites I've tried before. I previously mentioned completing offers here as a favorite task of mine. I thought I was already earning "okay" on other GPT sites, but ZoomBucks just exceeded expectations.

The site allows users to make 80% more in comparison on some offer walls like Your Surveys, Peanut Labs, SaySo Rewards, Revenue Wall, and others. I was initially skeptical, but went ahead and completed some offers. I often found several that gave over a thousand points per offer. I found this encouraging and rewarding, and so decided to dedicate most of my time to this particular task.

I also tried my hand at answering surveys, and it was a good experience, overall. I currently average around 700 points per completed survey, so I make sure to finish a couple of them every day. I also watch videos, sometimes. Now, it's important to note that a thousand points equal a dollar at ZoomBucks. While that may seem low compared to what other GPT sites offer, ZoomBucks doesn’t make it too difficult for users to cash out their rewards. Once you reach the equivalent of $3 of earnings, you can request to cash out. It’s probably one of the lowest minimum withdrawal amounts I’ve seen by far in any rewards site.

Speaking of which - the rewards selection on this site simply can't be beaten. Not only is there a considerable menu of rewards options (over 150 rewards and more coming!), but ZoomBucks makes sure to deliver them fast - typically within 48 business hours!

A Generous Menu of Rewards For Practically Everyone

I prefer sites that offer both cash payouts and other rewards in kind such as gift cards, e-vouchers, or codes for gaming apps. This way, I don't feel pressured to work towards a steep minimum payout amount, or settle for mediocre gift cards or vouchers I don't think I will end up using, anyway.

There are also Amazon gift cards which are always versatile and widely accepted. But I can see why kids all the way to adults love the "in kind" rewards at ZoomBucks. I have read how popular Steam Wallet, PlayStation, Roblox, iTunes, and Xbox redemption codes are, which I assume are snapped up by users of the geekier persuasion. On the flip side, I know of several work-from-home moms that enjoy the retail-partnered gift cards like Lowes, Walmart, Macy's, Gap, and many more.

I always say that if you find yourself enjoying something you usually do, why not find a way to make money from it? Exciting new GPT sites like ZoomBucks provide the perfect incentive and motivation for online users to do precisely that. In a nutshell, the benefits this site offers include diverse opportunities for earning, a low minimum withdrawal amount, a referral system that actually works, a variety of rewards, and best of all - proven higher payouts for just about any task to do here.