T. Harv Eker spammed my inbox, that's how I first knew about him. Just over a year ago, I signed up with this (unrelated) company's newsletter. I regretted doing so because within a week I started to receive unsolicited emails from various other companies that I never recognized. Obviously this company sold my email address to third parties without my consent. Well, I'm 99% sure they did. But it's not like I have the evidence for it, I won't reveal the name of this crafty company.

Is He Just a Spammer? 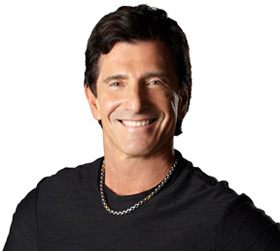 Anyway, among those spams, the most aggressive ones I was receiving were from T. Harv Eker, or "Harv Eker International". All of a sudden 3 times a day, I never signed up with any of that. He's officially a spammer. The content was something about making money but I never read it. I'm an email marketer myself, I don't read spams. I delete them.

I would unsubscribe it, and the next day I'd find a couple of new emails from him. Obviously he (or his company) was using a number of email marketing tools and copying his subscribers list from one to another.

I even reported it to one of the email marketing services, saying I never signed up with this guy. Within a few hours I received a reply from the support;

One of other email services that he was using was an Israeli company (I assume). The "subscription preference / unsubscribe" links at the bottom of the email were in Hebrew. I made a guess and clicked one of the links. The page I was directed to was also written in Hebrew, no English. Thanks to Google Translate, I managed to unsubscribe that one, too.

And today out of the blue, another email from T. Harv Eker, marketingnow@kartra.com. The link in the email took me to harvekeronline.com.

First of all, he's still got my original private email address in his list. And second of all, I clicked the link in the email and... Did I just see "Infusionsoft" in the address bar for half a second?

In case you don't know, many spammers implement this technique in their email automation. When a user clicks a link in their email, they'll be directed to one website just for a second, they'll be automatically opted in to another emailing list (the spammer's own or their client's), before they're redirected to the final destination page.

Judging from his fabulous website, I doubt Harv is selling a traffic to anyone else. So I think I've just been automatically added to Harv's another mailing list once again.

The thing is...Harv's emails are so furiously frequent and outrageously persistent, I'm finally interested in what he really does. Just a little bit. I've googled him for the first time. He's a businessman, he's an author, and he's on Wiki!

Secrets of the Millionaire Mind 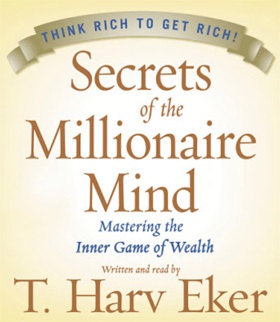 His book "Secrets of the Millionaire Mind" was published in 2005, is now available for free online, so I just read it.

The books is basically all about having the right mindset to become rich. You have doubts and fears and all sorts of decision making methods in your own way because you've brought up that way. Ditch all that negative stuff, and tell yourself you have a "millionaire mind", then you can be a millionaire.

We often say "seeing is believing", but Harv says it should be the other way round. Believe. Then you will see it. Because what you cannot see in this world is much more powerful than anything that you can see.

Harv tells you to make a 'declaration' in order to support your happiness and success, first by saying;

Then say, "I have a millionaire mind".

Everyone talks about this kind of stuff now as part of Law of Attraction and Positive Thinking how-to's. But when he was saying it in this book may have been eye-opening for many at the time, 14 years ago.

All About Marketing But...

The book never tells you how to actually make money though! If you want to know more, you need to sign up with his webinar or attend the event.

Harv often talks about marketing. "There are three major parts to every business; production, operations and marketing. Among the three, marketing is far more important than other two, if you want to be rich. Whatever you sell, how you market will have the single biggest impact on your business."

His book is now free and widely accessible, whether it's authorized by him or not. Understandably this must be part of his marketing strategies, leveraging even more audience into his paid coaching events via free book.

My friends who are in a spam business often told me this. Their main target audience are people who have an extremely short attention span, people who don't think twice, and people who are 'not organized'.

Specifically, these people tend to be disorganized with their inbox management. They would only acknowledge emails that just arrived in front of their eyes, while they're looking at their smartphone screen. They would ignore other emails that arrived in any other times, leaving thousands of emails unread in their inbox. Forever.

For that reason, the only way (for the spammers) to catch these people's attention is to send out similar emails as frequently as they can throughout the day. At least 3 times a day, 6 times if they can.

Spammers target these 'disorganized' people who don't think twice, because they're easier to fool. They'll buy cheap success stories and make purchases without thinking much.

That's their logic, not mine!

I don't know if Mr. Harv Eker targets the same type of audience, but he does email 3 times or more a day. Unethical? Who am I to judge, he's a multi millionaire, and he's on Wikipedia!

Who Really Is T. Harv Eker?

Have you ever attended his coaching event? If so how did you find it, useful? Do let me know!

Is 30 Days Blog Challenge Worth A Try?

Is 30 Days Blog Challenge Worth A Try?