"Videon" scam sites have been around for a while, and there are lots of them with various different TLDs such as videon.xyz, videon.club, videon.pw. Named "Paid Video Viewing System", they offer to pay you as much as $10 just for watching a video. So what's the catch? Everything. You'll never receive a single cent, no matter how much time you spend with these scam sites. The following Videon review will explain why. So stop wasting your time, and don't ever trust anyone who brags the phrase "make money easy"...which is indeed the tagline of those Videon sites.

What Is A Videon Scam?

There are a number of identical "videon" sites with similar names, start with random 2 or 3 letters, for example JemVideon.xyz, OgVideon.pw, ErVideon.club. They claim to pay users for simply watching video clips, the rate of which is said to be 50 cents per minute. So a video is 10 minutes long, you're supposed to earn $5 by watching it through. The FAQ page says, "If you watch the video for 3 hours a day, your daily earnings will be $90, and in one month you'll be earning $2,700."

They also provide you a referral link and encourage you to share it across social networks, forums and messages to get others to join. They claim to bring you additional profit - 40% of the earnings by your referrals will go to your account.

Now, your Videon account balance may increase that way, but that's not real money. The offers are all false, all the "user messages" and testimonials are fake, and they'll never actually send you any money. When you request to withdraw the money you've earned, they'll keep making excuses until you give up, and if you don't give up, they'll block your access to the Videon account, and that'll be the end of it.

Videon sites are nothing to do with advertising or GPT (get-paid-to) programs, but they exist to not only waste your precious time but to steal your sensitive banking information. 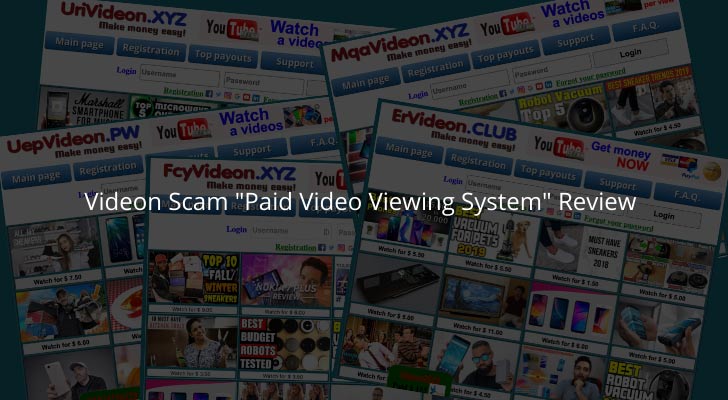 How Do They Not Pay You?

At first, you're made to believe that you can make your first claim of $100 when you've watched 200 minutes worth of videos. Only when you've made a claim (request to withdraw cash), you'll be told to refer at least 30 people to qualify. If you don't have friends or social followers to refer to, you'll be given an option to "purchase referrals" for $15 by Bitcoin. Shortly after you make a payment, your access will be blocked.

If you managed to get enough people to join in, you'll be told to wait for 60 days before you get paid... Either way, you'll be wasting a great amount of time and money if you're unlucky enough to get tricked into the purchase option.

You'll be asked your payment preference (how you want the money to be sent to), the choice between 5 methods; your credit card account, PayPal, by Bitcoin, to your bank account or Western Union. This is a big red flag since these Videon sites are not secure, and any information you input will be simply stored in their database. It means the scammer behind it can do anything they want with it - try to access your bank account or sell the information to hackers.

In fact, when you look at the list of videos, you'll notice one thing in common; they all seem to be product comparison reviews, such as

These videos are not likely to be up as advertisements, but the Videon system is randomly picking the most-watched YouTube clips by keywords such as "best" "review" "top 10" "top 5" etc. The FAQ says, "Our system accepts only high-yield and high-quality videos selected and tested by our experts." Clearly that's not the case!

But even if these videos were to be advertised, it would be impossible for an advertising medium to pay such a high rate as much as 50 cents per minute to each viewer.

Think about the advertiser's perspective. Imagine you have a 10-minute YouTube clip and are looking to increase the number of views. Videon pays 50 cents per minute to each viewer. Let's say it takes a commission of 10 cents per minute, which means you'd be paying $6 every time someone watched your clip via a Videon site. If you wanted your video watched 1,000 times, you'd be paying $6,000. I mean, would you? And your video wouldn't be "watched" watched, because all the Videon users have only one thing in mind - to play as many videos to make money. No one would "like" your video or leave a comment.

You'll occasionally find a "watch video clips to get paid" scheme as part of some reward programs. But the pay rate is as low as less than a cent per clip. What's Videon scam sites are offering is impossible.

You're Not Making Money By Doing What Anyone Can Do

I hope you understand by now that all the "Videon" sites are scams and you won't be making a cent out of any of them. Now here's something much more important for you to remember.

No one is a charity. Unless they are a real, registered charity group, who fundraises and distributes money for good causes... That's obvious, right? The reality is, nobody will pay easy money to anyone randomly.

I have been a full-time online marketer for 4+ years and have seen 100's of scam sites that falsely claim to make money "easy" for you. How long has the "internet" been around? For decades. And for some strange reason, some people still believe that there's a hidden method to extract money out of nowhere online. They know it never happens offline - we've never seen or heard about a man who hides in an alleyway and gives out cash to random passers-by. So why on earth would anyone believe that there's someone online who gives out money for barely doing a job? 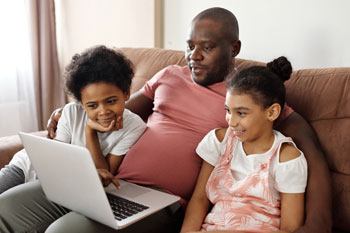 "Watching videos" - that's something that 3-years old children can do. They can remember where to click, right? If a scheme like Videon really existed, billions of infants of the world could easily become a millionaire before they learn to speak. Agree? You'll never, ever get paid decent money by doing what children can do. Really, if you see a slogan "make money easy" (or hear someone says that phrase), that's a scam. 100%. No exceptions. So stay away from that fake slogan, and start learning real techniques if you seriously want to make money online.

The "easiest" way to start is affiliate marketing. It's a legitimate business model where you promote brand products (or any products sold by someone else), build your audience and each time your audience member buys a product, you'll receive a commission. You can promote these products on social media, especially on Instagram and Pinterest, as well as YouTube, but you need to build a simple website first to do this.

I said it's easy to start, it's not easy to make money - nothing is. Because it's your own online business, and a business takes a lot of preparation and effort to put in. You'll know how it works very quickly though...I would say within a day. But it takes time to learn the various techniques. But the reward will be enormous. You'll earn your living by doing what you love to do. If you're seriously willing to pursue your career that way (working for yourself from home), then join me for free from the link below. Remember, stop chasing for "easy money" which never exists! Good luck!

Affiliate Marketing Is A Scam! [Tips To Avoid 5 Types of Scammers]

Affiliate Marketing Is A Scam! [Tips To Avoid 5 Types of Scammers]