Do you remember Traffic Monsoon? It was over 3 years ago, The Securities and Exchange Commission filed a complaint against it for operating a Ponzi scheme and subsequently the site was shut down. The owner of the business Charles Scoville insisted at the time that he had been selling an advertising service. But it's clear that some of the users were receiving a return on "investment" where there was no real advertising revenue, therefore the judge decided the scheme was a Ponzi scheme.

The Traffic Monsoon's asset was frozen and the lawyers Dorsey & Whitney LLP were appointed as the Receiver.

Anyway just before Christmas 2019, the court granted D&W permission to begin a formal claims process in this case. If you made your claim for a refund of your investment 3 years ago via D&W, you would have received an email notification from them by now, with your unique reference number.

You are only allowed to file your formal claim via the claim portal on this site: www.trafficmonsoonreceivership.com. The deadline is April 10, 2020. If you sent your initial claim 3 years ago but haven't received an email from D&W for some reason, e.g. your email address has changed, you may want to contact Peggy Hunt @ Dorsey & Whitney by email (TrafficMonsoonInquiries@epiqglobal.com).

D&W says there were over 162,000 investors, involving $207 million, so considering the volume of inquiries and documents, you may not get a response if you don't tell them exactly why you have no other option but to email them. I suggest that you read FAQ on that page first. If you do have to email them, make it brief but not abrupt (!) such as "How can I get my money back?" "I don't know how to use the portal" - you should be able to, it's pretty self-explanatory. Any claim after the deadline (April 10) will be rejected, so you'd better take action now.

Payza site's been shut down

A proof of claim is a written statement that says the amount you are entitled to be paid back from Traffic Monsoon or the owner Charles Scoville. If you have all the receipts, that'll be perfect but it's a tricky one. Earlier on Traffic Monsoon was accepting payments via PayPal, then PayPal banned it. TM then started to use Payza, which turned out to be an unlicensed money clearance service. The site has been seized and the company's been indicted by a Federal Grand Jury in the District of Columbia. (Basically all scammers!) All your payments were made over 3.5 years ago, neither of them would be able to prove the transactions for you, anyway.

But each time you made a payment, you would have received an email notification from TM - ridiculously simple one though. If you didn't save them, check your inbox and see if you've still got them.

Most importantly, make a statement yourself - just like you write a formal letter with your name, address, and give as much information as you can. The payment dates and amounts if you have kept the record of them, and say you are entitled to be paid back. You can use Google Docs, download it as PDF and upload it onto the portal. 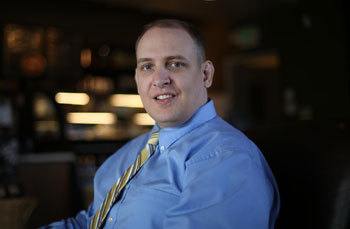 2016 - I was naïve. Stupid. Someone I trusted had referred me to Traffic Monsoon, and I simply thought the idea of an advertising agent sharing the profit with the investors was somewhat similar to a shareholding. What I failed to realize was...was everything. Who would be benefitted from the advertisements, how they were generating such an excessive revenue, and at whose expense (customers other than the investors).

That's not how businesses work - you don't receive a rebate that's more than you spend from a company that you don't own. The idea of sharing a profit with users/customers, other than the shareholders, for no particular reason is just wrong. I didn't see that 3 years ago. But anyway Traffic Monsoon did turn out to be Ponzi, the members were robbing Peter to pay Paul. I'm glad that the case is moving towards closure. Review: Will Linkiro Increase Traffic To My Site?

Review: Will Linkiro Increase Traffic To My Site?