If you were looking for an EZ Money Team review and arrived at this page, you've done the right thing. Because as you may have guessed it, there's never a way to make money by "barely doing anything" as it claims, let alone make thousands of dollars. In fact, every other sentence that the seller tells you in the video doesn't make sense.

He says he's found a "huge loophole in one of the biggest traffic websites." He used this loophole, tweaked it and get the "commissions deposited right to his account in the easiest way possible". Okay, so he hacked a third-party website and managed to transfer someone else's money into his bank account? Money laundering is a serious crime... Not an impressive plot to invite you in. You don't buy into all this nonsense, do you?

Only A Few Clicks To 100% Pure Profit

The seller tells you that everything is already done for you. The research and all the hard work are done by him and his team. So you'll only need to click a few times before you start making commissions. All the sales happen automatically, and the commissions will be deposited directly into your account week after week.

The term "100% pure profit" the seller is referring to is unclear, but I assume what he's trying to say is that EZ Money Team will not charge a recurring membership fee.

However, he also says he's giving away free one-to-one coaching from a "live top EZ Money Team member", which is worth $650 value. When all you need is a few easiest clicks to make so much money, why you need to receive a coaching service is unclear.

What's being said in the sales video really doesn't make sense, and it implies that whatever EZ Money Team offers is an awful lot more complicated, it's not an easy few-click system, and is far from an "all done for you". 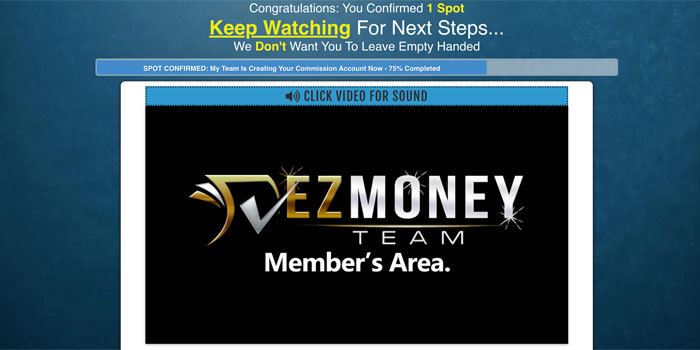 Desperately Trying To Sell, Why?

The seller also says he's only looking for 50 people to join this "team", and he only wants someone who's committed. He explains that he would offer this product/system for free, but wants you to show how seriously you are by paying $37 to him.

But he doesn't explain why he's restricting the spot only for 50 people, and why he's only charging such a small amount.

Later on in the video, he repeatedly tries to persuade you to buy it by saying "for less than the price of what most people spend on coffee every month." Why is he so desperately trying to sell EZ Money Team? None of this makes sense.

We can easily spot some of the claims that the sellers falsely made for the video.

For example the photo of "Sarah", one of his team members who "didn't even know her own email address before she joined", turns out to be a stock photo model. 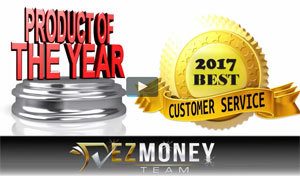 Another one is his claim of EZ Money Team having been chosen as "Product of the Year" and "Best Customer Service". Again they don't make sense because firstly, he doesn't say who named them. And secondly, if his activity is to manipulate a loophole of website traffic and transfer someone else's money into his team's account, then there shouldn't be a customer service involvement, and it's very unlikely to be approved as a product by any recognized body. Therefore these badges are most likely to be made up. 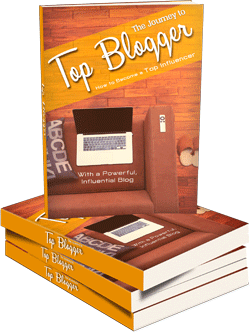 The seller says that if you pay $37 for EZ Money Team, you'll receive his book "The Journey To Top Blogger". It's a PLR (private label rights) product, which is available for free anyway. The license specifically allows anyone to give away for free. (I've got a copy for you - download it from here, 3.5Mb file size).

So this book really isn't written by the seller. Although the license allows anyone to claim the authorship, which means that the EZ Money Team's seller quite rightly says "I'll give you my book for free."

Having said that, why would he give you a guidebook to blogging, which is totally irrelevant to EZ Money Team?

Other Programs By The Same Owner

If you look at the Terms and Conditions page and Disclaimer page and the exit popup pages, you can trace other similar programs that are created by the owner. He calls himself Jeffrey Hart or Oscar T. Ortiz, and other websites include;

When I google search either of these two names, I can only hit some other "EZ Money Team Scam" review sites and I can't find this man on image search or social media, so I can only suspect that the owner is not the man in these photos.

Not surprisingly - the actual EZ Money Team as a product is an affiliate marketing training guide full of "recommended tools". The "training" includes;

As you can see, if you simply follow what you're told, you'll be spending at least $544 per month, plus learning to create your own site and monitoring traffic. That's nothing like how you are promised at the sales page - only a few clicks to receive thousands of dollars and all you do is "copy & paste".

The seller says in the sales video, "If you've made it this far into the video, I know you're dead serious."

No you're not. You have nothing better to do!

EZ Money Team is a product that's clearly targeted to people who have no experience or knowledge in making money online. The seller is looking for incompetent learners who still believe that there may be some ways to somehow steal someone else's money legally.

If you have a little bit of common sense, you know that whenever you earn, there's someone who pays for it. That you need to learn how to get people to pay - whether you are directly selling something, or making a commission as an affiliate. No one is a charity. Stop believing phrases such as;

Never believe in any programs that claim to be "easy systems" - you'll only make money when you've worked reasonably hard and smart!

Is Newbies On Fire a Scam?

Is Newbies On Fire a Scam?