You know what, sites like CashMonster.co will no do anything good to you. They'll never pay you a single dime, they'll waste your time, and give you a false idea of what it is to make money online. If anything, the more you put a foot in those scam sites, the more chances of putting your personal data at risk. The tagline of Cash Monster is "Get Paid To Refer People" - if you recommend sites like this, you'll end up embarrassing yourself, too. My Cash Monster review today will reveal the deceptive marketing techniques that scammers use and explain how you can spot them and stay away from them.

What Is Cash Monster?

CashMonster.co falsely offers cash rewards just for completing small tasks, including answering a few survey questions and getting others to sign up with Cash Monster itself. If you've been looking for online business opportunities for a while, the first thing you would look for is how this "system" generates money. And you'd notice pretty quickly that there's no such description anywhere on the site, therefore Cash Monster is likely to be a scam.

Well, it is a scam - it'll never take your money and it's free to sign up but instead, Cash Monster will collect your personal information via fake surveys and prize competitions and sell it to third-party spammers.

You will not receive your rewards as promised, in fact, you'll never receive anything in return at all. As you complete your "tasks", the money will be credited to your Cash Monster account, but when you finally request to withdraw cash, your access will be blocked. Meanwhile, your personal data will go viral among those illegitimate advertisers, so you are likely to start receiving unsolicited emails, nuisance calls, and promotional text messages from companies that you've never heard of. 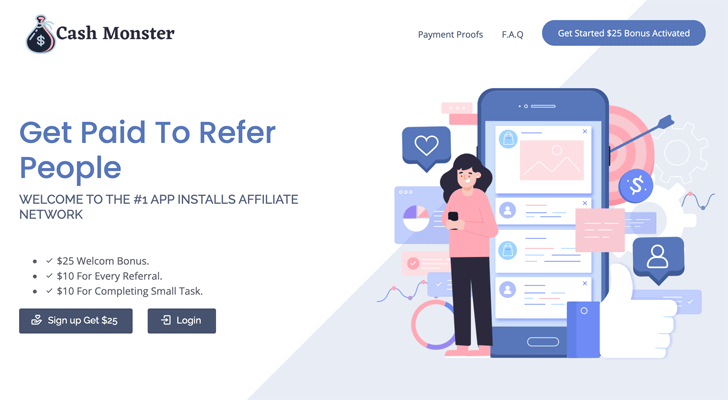 On the other hand, this is how Cash Monster makes money - each time a user's personal data is submitted to the advertiser via a fake survey, Cash Monster will receive a small amount of affiliate commission, usually just over $1, not more than $2. For Cash Monster to make decent money themselves, they need as many users to join in and submit their data. That's why they falsely offer a promotionally large sum of money for such easy tasks just to attract more users.

Do the maths, however - how can Cash Monster pay you $10 each time you complete a task, while they only make $1-$2? They can't. They won't pay you, because they're not making that kind of money to pay you! 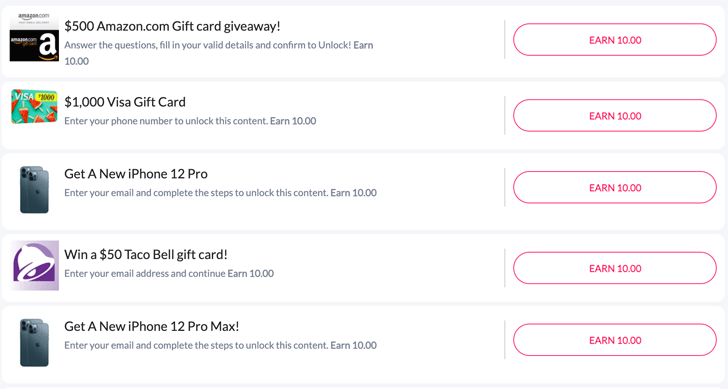 None of the "tasks" listed in the Cash Monster's task wall is barely a task. They all distract you with a free giveaway offer such as a $500 Amazon gift card, prepaid Visa card, a game console, etc. If you think you may have a chance to receive such a gift as well as a $10 cash reward from Cash Monster, that'll be in your dreams!

If you actually try one of them, you may see some ridiculously simple survey questions, like;

The survey company is ready to sell your personal information (name, email address, street address, phone number, date of birth, etc. as you fill out in the form) according to your answer to each question. For example, if you answer yes to "Are you a home-owner?", they can send your detail to insurance companies, real estate agencies. If you answer no, then they'll send your detail to some others.

One thing we know for sure is that all these companies working behind Cash Monster are spammers, none of them is approved by regulatory bodies. They don't care about the data protection laws, they can keep passing your information to whoever wants to buy it... It means the scary thing is, the people who are buying your personal data can be thieves and hackers. So if you think there's nothing to lose by applying for freebie offers here & there, you want to think again - you may be putting your identification at great risk.

According to the FAQ page, Cash Monster's parent company has been providing "online monetizing solutions" for the past 10 years, the claim of which doesn't make sense or whatsoever. It's based on the idea decades ago when half of the world's population used to wonder if some people were using some "mysterious power of the internet" to make money. Think about it, the term "a monetizing solution" really means to run a business - it's like saying "morning food consumption solution" instead of saying "have a breakfast"!

Anyway, the CashMonster.co site was only opened in December 2020, and without explaining what kind of business model it takes, there's no credibility in that claim.

You may also notice the fake street address of the company shown on the homepage, "A108 Adam Street, New York, NY 540022" - A US zip code should be 5 digits, not 6, and a New York zip code starts with 1. If you search this address on Google, you'll notice right away that it doesn't exist. (You may find another site that claims to have the exact same address - that site may also be fake!)

However, the Terms of Service page says the customer service is in Melbourne, Australia. No connection between New York and Melbourne is explained, and in fact, all other similar data harvesting scam sites claim to have an office there. This proves that the whole "service" they offer is fictitious.

The Same Scammer As...

The photo of Cash Monster's "account manager" rang the bell, and I've noticed that the same photo was used in some other sites including Clout Bonus and Tap2Cash, which proves that the site is run by the same person (or syndicate) who has owned at least several other almost-identical scam sites. The photo is ingenuine, unauthorized use of someone else's photo out of social media.

"Who would have thought making money with social media was so easy!?" the site says, but all it (falsely) offers is cash for simply sharing a link to Cash Monster itself. But it doesn't explain where the funding source - who's going to be benefitted from your work and making their payment towards it. It means if you were to share your Cash Monster link, all you could say would be, "Just join in, they'll pay you for easy tasks!" If your followers asked how it works, you wouldn't be able to give them a decent answer. You'll only damage your social network reputation by spreading wrong information and end up embarrassing yourself.

In all honesty, millions of social users share links for free. You should know by now that there's no way you could earn any money just by sharing links on social media or any platforms on the internet.

The homepage displays testimonials contributed by three "users" but again, none of them explains how the system exactly works (because there is no system!) Well, they're not real people because all the 3 photos are taken from a royalty-free stock image site such as Pixabay.

Likewise, the payment proofs have no credibility because anyone can forge screenshots with a text overlay using graphic software easily.

So to summarize, Cash Monster is a data harvesting scam, there's absolutely no advantage in signing up with it, and if you want to keep your online presence clean and safe, you should stay away from this site or any other similar sites.

Any Other Easy Ways To Make Money?

No, there isn't. If you still believe that there may be a way to make money without learning hard or putting in any effort, it's about time you dropped the idea now. If something's as easy as a job that a child can do, then the reward is minuscule accordingly. Legitimate surveys-for-cash sites, for example. There are many of them out there and users often debate over which ones pay more. But they're talking about a few dollars' difference after spending hours & hours of survey-taking. You're not gaining anything careerwise, the endless clicking is nothing but soul-breaking, that's not the kind of job you want to do.

After all, anyone from any part of the world (except some countries with restrictions, of course) can access online job sites. Just like you wouldn't trust strangers online, they wouldn't trust your work, hence they can only offer you a time-consuming job for a tiny amount of reward.

Learn To Run Your Own Affiliate Business

If you're interested to make a decent, passive income online, affiliate marketing is one of the best ways to go for, because;

It doesn't mean easy in any way, you'll have to follow the necessary steps to learn the techniques, and be persistent before you start to see constant positive results. If you're interested in building your own website and running your own affiliate marketing business, join me free from the link below!