Cash Formula is another product that promises you that you'll make large sums of money. It claims that the 'system' was discovered by Ukrainian coders in 2010. This secret system was introduced to the seller 6 years go by his cousin. It's supposed to make you a multi-millionaire just by clicking a few buttons. He kept this secret for 6 years as he promised to his cousin. Now he's selling it publicly for $37.

Does it sound good so far?

I was expecting just a little more something mysterious that this - Cash Formula is a set of ebooks. About how to promote products from Amazon as an affiliate, and also about selling your own products on Amazon (Amazon FBA). The 'Ukrainian coders' discovered it a little too late, as the Amazon Associate program has been there since 1996. 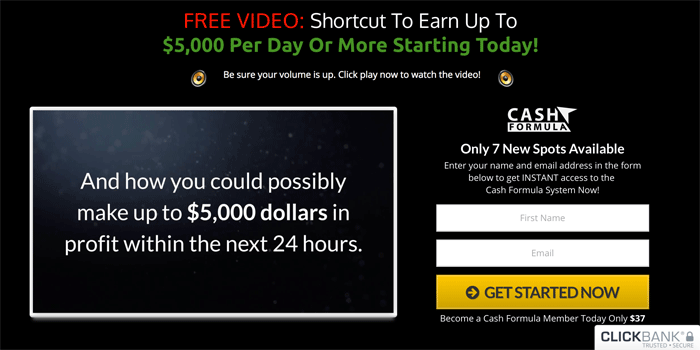 If you are sat down and watch the sales video, within a few minutes you'll notice the inconsistency of the seller's claim. Most notably his problem in adding up numbers when he says how much money he makes per day. Such as;

What Is The Cash Formula 'System'?

So this is just an 'affiliate marketing how-to' guide. And of course, there is no such thing as a secret discovered by Ukrainian hackers.

Firstly it recommends you to join the following paid services.

After you spend $37 on Cash Formula, the seller will prompt you to spend further $240 in order to be able to follow his guide. So you will not make any money, you will pay. And if you're naïve enough to pay for these tools, the seller of Cash Formula will receive an affiliate commission from each tool provider. He's not making $5-10k while he's trying to make less than $100 commission off you.

In the sales video the seller says, "Long story short, I invested $200 to start", but doesn't explain what he invested for. Perhaps he's referring to these costs (not). He also says it only takes 5 minutes to set up. It will take a lot longer than that!

The actual product that you pay $37 for contains; 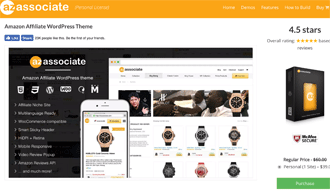 Good news is, assuming the seller has an agency license to Azassociate premium WordPress theme, worth $39. The bad news is the license is held by the seller, so if you cannot receive support from Azassociate directly.

Amazon FBA is nothing to do with affiliate marketing - you have to have your own products to sell and list them on Amazon. Amazon stores your products in its warehouse for you, does packaging, shipping, returns and refunds on your behalf. Even if you have something to sell, you'll have to learn how to set up your store in Amazon and you're extremely unlikely to sell anything immediately.

In case you don't know, the people who appear in the video - users who claimed to have made so much money - are actors, hired from Fiverr.

The false scarcity claim - the seller says there are only 7 spots left, and there'll always be 7 spots as long as this site exists. Obviously he's hoping to sell this $37 product to as many people, but my heart goes out to anyone who's watched this video with scripted testimonials and think "I must apply to become his final 7 now!"

No matter how much the actual guide may help new internet marketing hopefuls, the sales video never reveals what it's about and clearly targeting people who have no experience in online jobs. Someone who already is an Amazon affiliate could purchase this (although very unlikely), and if they did, it would be a total waste of time because there's no uniqueness about this guide.

Anyway there's no Ukrainian code-breaking secret loophole "that has a 95% win ratio" as the seller describes. "Only 5 minutes to set up" is an absolute lie. Misrepresentation and total dishonesty.

Disclaimers are supposed to protect sellers from legal action. If you used this product and spent all the money on the seller's affiliate products - SiteGround, KW Finder, etc. that are not owned by the seller - you couldn't legally claim the cost against the seller. 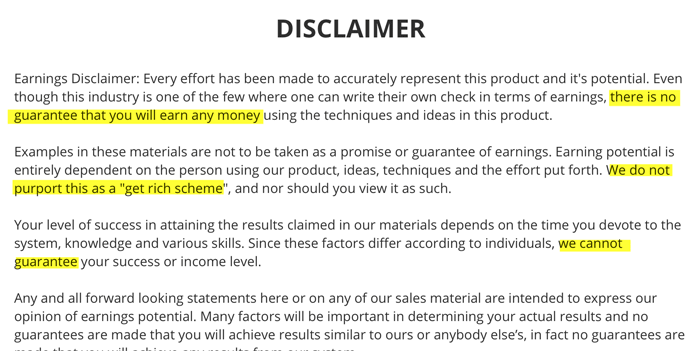 But when the disclaimer itself is making a false declaration, the buyers may be able to argue this and possibly claim compensation against the seller. It reads "Every effort has been made to accurately represent this product..." Clearly not in the sales video.

As per the disclaimer, Cash Formula offers you to claim a refund within 60 days if "you do not enjoy the financial freedom that you expected", requests you to forward your receipt number. It will then make a refund typically within 24 hours. However since it's a ClickBetter product, I suggest that it will be easier for you to dispute against ClickBetter for the deceptive sales method, so that they can look into it while they proceed to refund your money safely.

I wouldn't say Cash Formula is a scam. It's a "product marketing with Amazon how-to guide" but unfortunately no different from thousands of other guides that internet marketers openly share with readers for free. Cash Formula therefore is not worth paying money for. I can only give the lowest rate for the way the product is sold in a deceitful manner. Don't buy this product.

How To Make Money In Affiliate Marketing Online 9 Tips

How To Make Money In Affiliate Marketing Online 9 Tips