Blockchain and Bitcoin for Dummies

I've been asked to write about very, very basic of Bitcoin and Blockchain. This post is for complete dummies and I'll try not to go too much in details. If you are an expert reading this and think "No..... That's not quite right!", forgive me. I have owned some Bitcoins for the past few years myself but haven't done anything with it. I'm a little scared of using it or losing it, which means I'm not fully understanding it either. 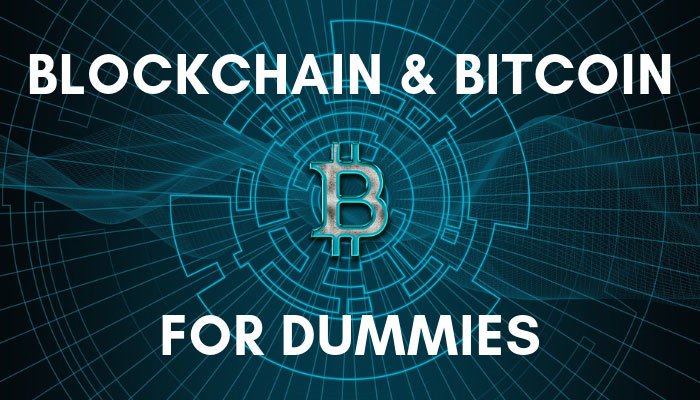 How Bitcoin and Blockchain are Different?

People often ask me this question. What's the difference between Bitcoin and Blockchain? My answer is simple.

"It's like you're asking the difference between money in the bank and the bank statement. Bitcoin is equivalent to the money in your bank account, and Blockchain being the account statement."

If you didn't know this, there's nothing to be ashamed of, because Blockchain was introduced when Bitcoin was created. Just like - I assume - bank statements were introduced when banks first started to deposit people's money.

Wikipedia says a blockchain is a "decentralized, distributed and public digital ledger that is used to record transactions......"​

Blockchain is a ledger.

Normally where ledgers exist, errors and disputes and fraud exist. For example according to your ledger, your customer owes you $100. But the customer's secretary says their ledger balance is nil. Possibly because:

In order to solve the problem, you'll have to contact each other, you contact your bank, they contact theirs, and reference each other's ledger, or several ledgers...

It's One Big Ledger

Blockchain is basically, one big ledger that's accessible by anyone in the world. Digitally, instantly, and at all times. But the record is "encrypted", so we can only see the unique identification reference numbers.

When someone pays, the payment is instantly recorded, nobody forgets to record it, nobody can edit or delete the record. So there's no error, dispute or fraud.

Why Is It Called Blockchain?

I remember in the early 1990's as a teenager, my uncle bought his first PC when Microsoft Windows became very popular. He proudly showed me the desktop screen and said "You see? Windows. They're just like windows. They open up like...windows." I sensed that was as much as he knew about his new computer. He was clicking away and wasn't actually doing anything.

So in Blockchain, there are blocks. And they're chained (!)

Each block stores information that distinguishes it from other blocks. All the blocks are chained in specific order, making one big ledger. The chain (link) between a block and the next block is uniquely identified, so none of the blocks can fall apart... Making it impossible to manipulate.

If you want to know more in detail, this article by Investopedia might help you ("Blockchain, Explained")

You often hear that what you do on the internet will be "encrypted", so it's secure. The word "crypto" - kryptós in Greek, means secret or hidden. Then there's a word "cryptography".

While paper money can be forged... Crypto-currency is something that's very hard to hack. Very secure. Bitcoin is one of the cryptocurrencies, but it's the first cryptocurrency. There are other cryptocurrencies, including Ethereum, XRP, Litecoin. In fact there are thousands. You can see the list from CoinMarketCap site, and the current value of each currency.

Being the very first cryptocurrency, Bitcoin is unbeatably the most recognized one. Even my 80 year old grandmother knew it, though she thought it was a special coin "to use in Las Vegas and horse racing and place like that"! Many Bitcoin casinos exist, so she's not totally wrong. 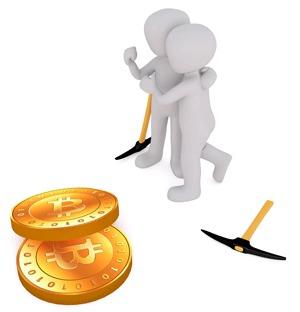 Back to Blockchain. Every time somebody pays Bitcoins to somebody, the transaction will be recorded in Blockchain. It's just been paid, it's happened. Blockchain has marked the action, and nobody can change that record. One big ledger that's visible to anyone, remember?

The payment's been record somewhere in the Blockchain ledger. But the ledger for Bitcoin is so huge that nobody can actually find the particular transactions so easily.

So somebody has to dig out the information from millions of transactions and verify it. They trace up the origin of the Bitcoin. That's Bitcoin Mining. In order to do so, you need a powerful computer with super-fast processor. Nerdy people buy an expensive computer, runs it all day and all night, exclusively for cryptocurrency mining purpose.

And each time they find a transaction and verify it, they'll be rewarded with some Bitcoins. Currently 12.5 BTC each time. That's equivalent to a lot of money...

How Much Is A Bitcoin?

How Do I Buy Bitcoins?

First you need to get a "wallet". It's free, and there many cryptocurrency wallets available online. Coinbase is the most popular one. Just Google "best bitcoin wallet" and sign up with one. Your "wallet" will provide you with a unique identification number (private key) that enables you to access to your Bitcoins.

You can buy Bitcoins from a digital currency broker. Again, there are so many of them. Coinbase is good because it is a wallet and also a broker, so you can buy your Bitcoins directly within your wallet dashboard. And it's the most recognizable cryptocurrency exchange in the USA.

There are also many cryptocurrency marketplaces where people sell & buy Bitcoins each other.

How Do Bitcoin Affiliates Make Money?

Until last year, I had a hundred people trying to sell me Bitcoins over SNS every week, but as the value decreased, they gradually fizzled out. They sign up with a broker, sell Bitcoins on their behalf and receive a percentage of commission upon sales. Brokers pay from 10% - 30% of the purchase price. Some pay out by cash whereas some pay by BTC's.

Sounds like a good reward. But just like share investments, if you are really interested in investing in Bitcoins, you should at least have some level of knowledge before purchasing it. I was persuaded to buy some Bitcoins by a friend of mine who I thought was very helpful. After the purchase he quickly disappeared from me, no doubt his was just a sneaky affiliate! 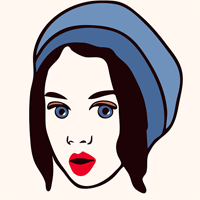 Mami is a multi-lingual freelancer and counseling psychologist by day, digital marketer by night, based in Tokyo. She contributes motivational quote posters to CyberCash Worldwide regularly.

How To Write Quality Blog Content – What REALLY Is It?

How To Write Quality Blog Content – What REALLY Is It?