We all had a career we dreamed of having as we grew up. We believed that we could be anything and do anything. Then we learned to be realistic and, many of us may have given up that dream we once had at some point and found a feasible job instead. But you know, we all have a chance to reclaim what we wanted to do, and it's never too late to set new goals and start working on them.

It may take some courage to start something new, and planning is exciting. The trouble we all know is, it's easy to lose focus - I mean, it's easy to say "be persistent and put all your efforts day-in, day-out" but our daily lives are not as simple as that. Personal finance to manage, family to look after, household chores to do, good relationships to maintain, your own health to look after - physically and mentally. It can be hard not to procrastinate sometimes. 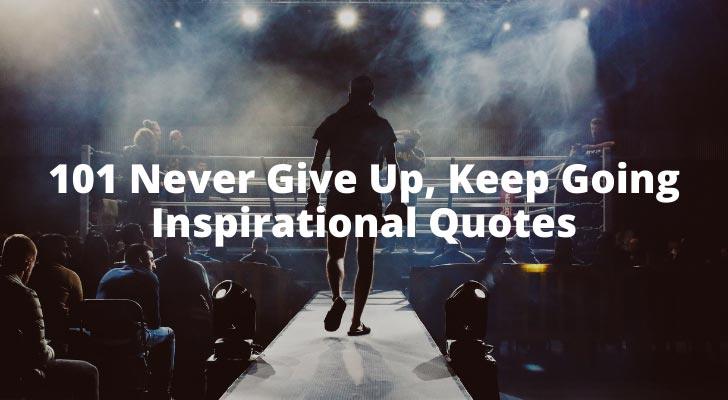 If you are feeling stuck, these "never give up, keep going" inspirational quotes may help you. Some people say, "no matter how long it takes, never give up", but the last thing you want is to have a false idea of it. Not much will ever happen if you continue to do something that hasn't worked for a while, hoping to achieve your goal someday. You need to keep moving forward towards it. To move forward, you need to be motivated so that you can keep researching, keep learning new methods, keep trying them, and learning from mistakes and failures. 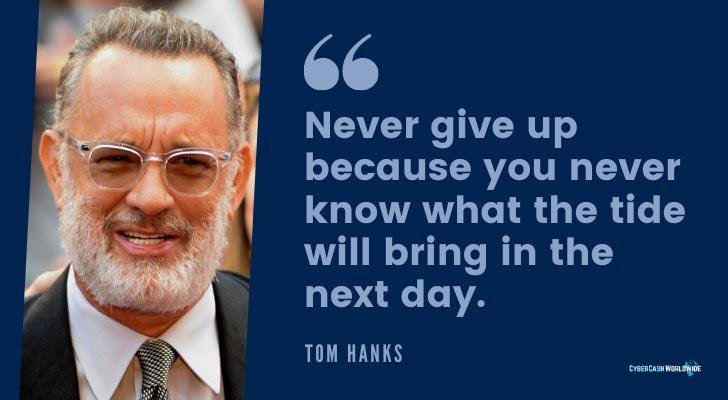 6. "Never give up because you never know what the tide will bring in the next day." - Tom Hanks

When I first started an affiliate marketing business 6 years ago and joined a blogger's community, the first thing I was struck by was the spirit of encouragement among the community members. "Don't ever quit. Keep hanging on and keep learning no matter what happens. Your day will definitely come." We kept telling each other - we still do - and it didn't take days before the "never quit" slogan became my mantra.

6 months on, I was getting desperate as all I was making was a few hundred dollars here & there online, far from a full-time equivalent income. This may sound silly and corny but those "never give up" quotes were the ones who kept me going. Quitting an online business was not an option because I had already decided not to, I knew I would start making a living out of it "someday". But it would have to be soon and the quotes kept urging me to take action.

I found my mentor who taught me email marketing techniques from scratch. The job wasn't exactly what I had wanted to do but it paid enough money and gave me a lot of spare time to build several affiliate blog sites. I was soon able to employ an assistant who then took over the email marketing part of the business. Throughout, I never had doubts about pursuing my new online career, thanks to the quotes that constantly motivated me. 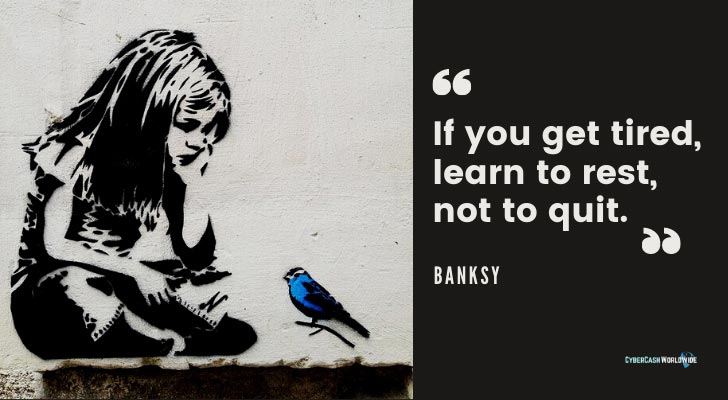 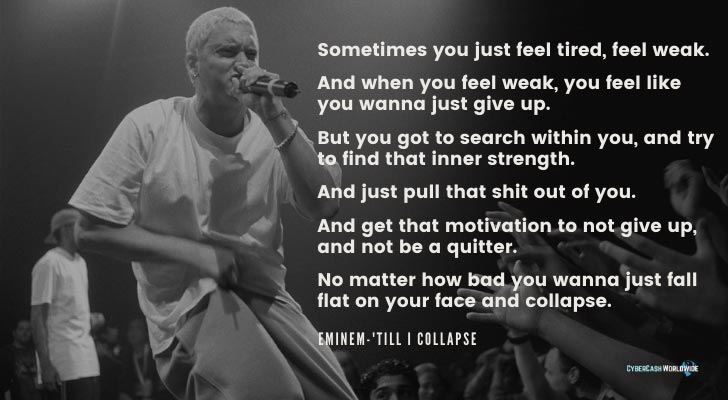 Also Read: 101 Learning Quotes To Inspire You and Get You Going 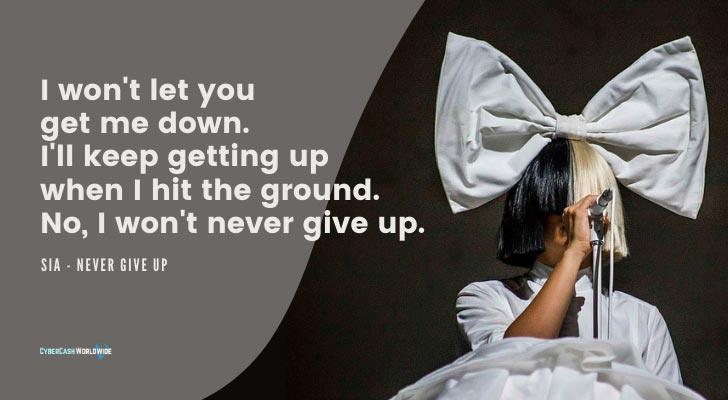 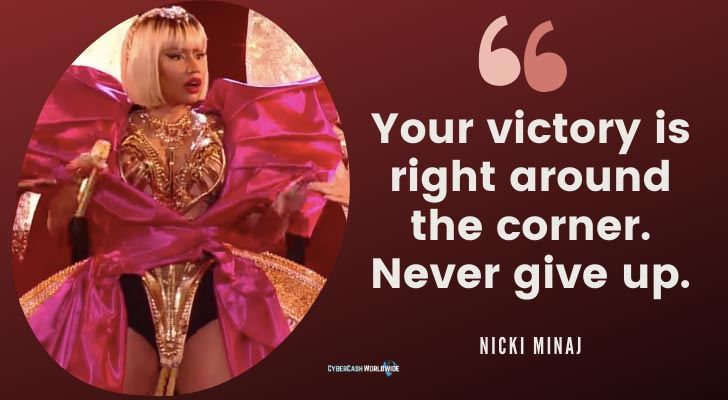 85. "Your victory is right around the corner. Never give up." - Nicki Minaj 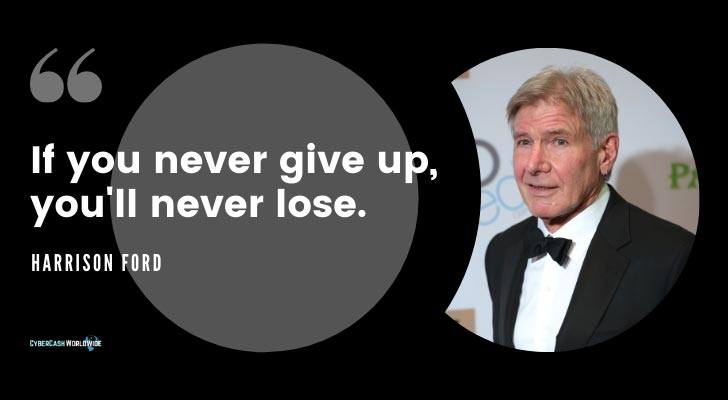