I've been invited to join MyHash via Facebook but the content of the "official leaflet" didn't make sense to me and the website was telling very little. Looks like MyHash is another Ponzi scheme that falsely promises an unrealistic return on cryptocurrency investment, irrespective of the index value at any time.

If you've seen the same ad that I've seen and have been wondering if it's any worth giving it a try, this MyHash review may help you decide. The homepage is full of sentences with big, fancy words that may sound smart but don't mean much to us. I've said it many times before and I'm saying it again - some business homepages deliberately use complex words in an attempt to sound smart, failing to send their message across to new users. In other words, they don't know what they're talking about, and that's a warning signal.

It also claims that the value will be as gigantic as $1,000 by mid-2021 because it will be a "structure for the beginning of popularization in the banking sector".

Unfortunately, none of these claims is backed by any evidence or logical explanation. Likewise, the interest is claimed to be added daily, the rates of which vary from 0.6% - as much as 1.9%, but no explanation is provided as to how it manages to make a constant profit to pay out such a huge return.

MyHash offers a 5-tiered affiliate commission and binary commission, which makes it a Ponzi scheme. 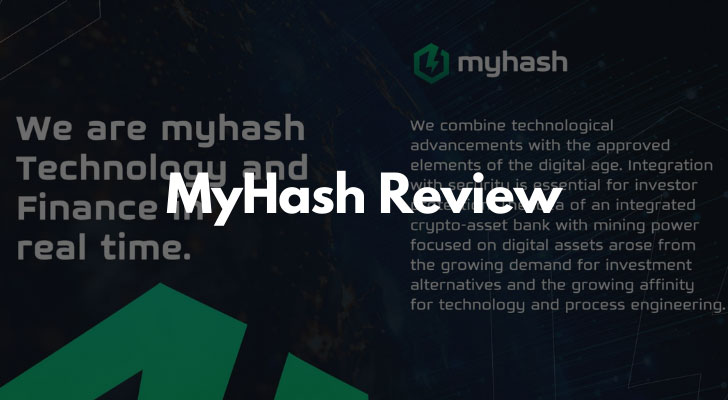 MyHash is said to be founded by former UBS bankers, but the website doesn't provide any other information. It claims to have received a banking license from FINMA (Swiss Financial Market Supervisory Authority) in August 2019 but according to the FINMA database, no such evidence can be found.

In the separate publication that I received, 4 people are listed - The CEO, Executive Vice-President, Communication Manager, and Information IT Manager. But it's an odd lineup (only Vice President appears but not the President) and none of these 4 people seems to appear anywhere else such as LinkedIn. 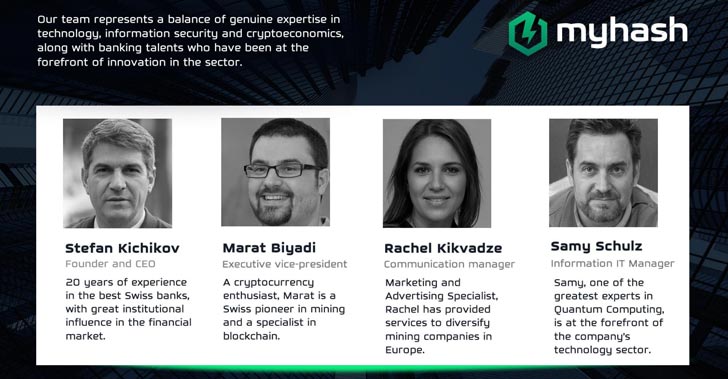 MyHash has several sites; myhashtoken.io was first created in August 2020, myhashworld.com and myhashtoken.us were created in September 2020 but all the 3 sites seem to have almost exactly the same content. The three sites were registered differently, and one is owned by a person called Wander Campos in Mexico, according to the Whois information.

Initially, the minimum investment package was $100 but now there's a $25 package and also a $50 package available. An admin fee of $10 will be added every time you make a purchase, irrespective of the value of the package. You can pay via Coinbase or by a choice from several cryptocurrencies (Bitcoin, Bitcoin Cash, Ethereum, Litecoin, or USD Coin)

After making a 300% profit, you need to renew the plan; what it means by "renewing the plan" is not exactly clear but according to MyHash's claim that the value will grow 1,000x within a year, your capital could easily be tripled within a matter of a few months.

According to MyHash Token Official Instagram account (@myhashtokenofficial), the daily interest rates vary from around 0.7% - 1.9% which are unrealistically high. Again, there's no evidence or any logical explanation to back up how it continuously makes profits.

MyHash offers 5 levels of affiliate commission structure, based on the percentage of funds invested by each of the downlines; 5% of your level 1 referrals (personally recruited members) for any amount they invest, and 1% of your level 2-5 downlines as long as they invest at least $1,000.

It also offers a binary compensation plan, 8% of the investment that the active downlines hold.

According to the leaflet I received, MyHash has "partnerships with FINMA-licensed Swiss banks that offer a bridge between digital and traditional assets." I have had a good look around to see if there's any publication issued by any Swiss banks but couldn't find any.

MyHash also says the partnerships (with Swiss banks) will enable them to offer the "clients the ability to issue and invest in digital investment securities representative of their own currency that will be launched in the next few months." Basically it says "MyHash is going to be the next biggest cryptocurrency". Unfortunately again, none of the claims is backed up with substantial evidence. I have found some videos created by the existing members, but they simply explain the affiliate commission structure but no risk in terms of volatility is mentioned anywhere.

We've heard an awful lot about "new next big cryptocurrencies" which turned out to be failed Ponzi schemes in the past few years, and it looks like MyHash is another one, at least for now. With very little information provided, I wouldn't gamble on it, if I were you. How To Build Trust With Customers [Infographic]

How To Build Trust With Customers [Infographic]