Gold Investment Advice – Should I EVER Trust?

Which gold investment advice should I take? Is now a good time to buy? Hold on, should we ever buy gold as an investment? I’m talking about you & me. I have a small amount of spare cash in my bank account, should I continue to save towards the new kitchen, or should I buy gold?

I was considering this seriously late last year and couldn’t make up my mind. Now it’s March, what should I do? 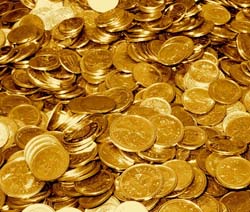 When I was young – like when I was a barman – we were always told that gold was one of the safest and the most secure ways to invest your money in. In times of economic instability, the precious metal was continually in great demand, plus the resource would be exhausted one day – there’d be no more gold left on the Earth. You’d have a truck full of gold bars by then, sell it all and become a billionaire. Great plan!

Yeah talking about economic instability in those days…it’s actually pretty unstable now too. When is the economy ever stable?

Now for the past several years we’ve been told “gold no more”. It doesn’t mean there’s no more gold left, people are still digging. Gold can be dug. The economy has been at an all-time low and the value of gold has gone downhill.

Gold Investment Was Good But No Longer Brilliant – Why?

If you look at the 10-years chart, the gold prices were steadily going up until 2011, then there was a sudden drop. In 2013 there was a further, even harsher drop, and the prices have been going downhill since. 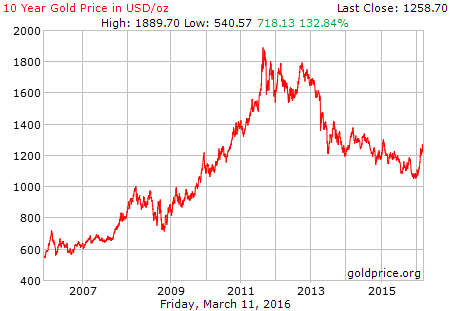 So there were two opposite speculations; the gold prices may come down even more in the future, would be worth less & less. Or the prices have now hit the bottom, the only way is up therefore we should buy NOW.

Gold Prices Are Going Back Up

…that was back in late 2015, and now the gold prices have been going back up since the start of this year. 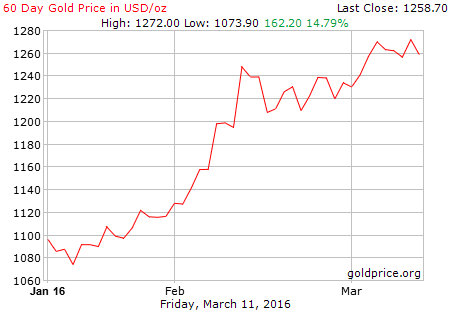 People buy gold to hedge against inflation – gold tends to do well when other things don’t. My investment in shares (my previous post back in November 2015 – Complete Beginners Guide to Stock and Shares) is not doing great. For the first time I’m making a loss and, I guess all the millionaire shareholders are suffering big time with the current stock market slump. My minor share investment is nothing comparing to that!

But at least I receive some dividends from my shareholdings. You don’t receive an income from owning gold bullion. I’d hesitate to call it an “investment” if there was no guarantee of benefit. There’s no benefit from just owning gold, there’ll be a benefit only when you’ve sold it and made a profit.

So I’ll just do a quick summary here; 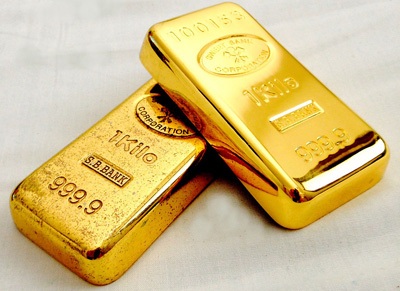 Are Gold Prices Going Up?

According to the World Gold Council, in 2015 central banks added 252.1 tonnes of gold to their reserves in the first half of the year, then  336.2 tonnes in the second half, in order to diversify their reserve holdings.

cnbc.com says new shares of the iShares Gold Trust fund (IAU) have been suspended temporarily from being issued, because the demand for gold has been so strong.

So are gold prices going up? The experts seem to think so. But they can only speculate it based on the current and historical market conditions. They all seem to continue to buy more gold this year and it looks like the prices will likely go to up in the near future. It’s just the market analysts’ predictions. Some disagree of course. 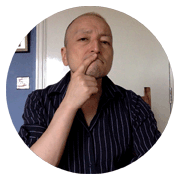 It looks really like just a good enough idea to buy gold in order to hedge against share investment. Gold price today is, say $1,250. Let’s be super-optimistic and it will go up to $1,400 later on this year… I would buy at least 5 ounce though;

Is the risk worth taking? I personally don’t think it is. What do you think?

Faststart 9 Review [Get This Free Bonus!]