Is Explode My Payday a Scam? I’m Afraid So.

Is The Explode My Payday a scam? Yes, it's a typical get-rich-quick scam. The way the seller explains the business in the sales videos is so inconsistent that nothing makes sense. The testimonials and the income screenshots are fake. The site that's supposed to "shut off tonight" has been there for ages and ages. If you've been wondering whether you should give it a try, checking the following Explode My Payday review - don't let the last-minute massive discount offer persuade you. 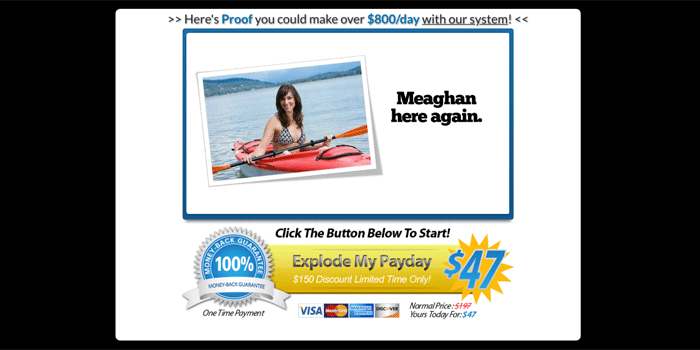 The seller EMP's seller says in the video, "The system will manipulate and flow all the online traffic to your gateway, which in turn produces transactions that you make money from." - It makes no sense or whatsoever, but it definitely implies some kind of secret formula.

Wikipedia also says that a typical online get-rich-quick scheme claims that it does not require any relevant skills. The Explode My Payday says;

"This is a brand new method that requires zero skill and is completely automated." "Besides setting up and choosing your portals, there's basically no effort on your part."

Lastly, Wiki says a typical scheme promises hundreds of thousands, if not millions of dollars within an unrealistic timeframe. And yes, the EMP says;

The Explode My Payday covers all the 3 criteria, therefore proves to be a typical get-rich-quick scheme.

Are All Get-Rich-Quick Schemes Scams?

Yes, most probably. The Wikipedia page that I mentioned above also says "the internet has made get-rich-quick schemes far easier for scammers to operate". Millions of legitimate businesses in the world thrive to survive, try and test new innovative ideas day-in, day-out. There, some unknown person tries to approach random internet users and tell them about an "undiscovered method" that makes them wealthy in the next 24 hours. Logically it cannot be possible, but some people do believe a one in a million miraculous chance could happen to them "today". Scammers know how to psychologically persuade them to buy into the idea by talking.

Is Explode My Payday a Scam?

So that's exactly what EMP is doing and therefore yes, it is a scam. The seller talks to you in the videos and leaves no text explanation. The videos cannot be rewound so that the viewers cannot check the parts they didn't understand, unless they refresh the browser and start from the beginning.

The seller is incognito, uses a fictitious name Meagan Harper, also uses a stock photo of a female model, pretending to be her. The sales videos are narrated by a female voice actor. We don't even know whether the real seller is a man or a woman. And this unknown person says you can start making such an unrealistic amount of money in such a short period without a valid explanation. It is a typical online scam, by definition.

Testimonials are fake. The woman named "Megan Elizabeth from Erie, PA" who claims to have made $1,117.79 "for the first time in her life" is an actor, hired via Fiverr. In many various videos, she uses different names. "My name is Sarah." "Hi, I'm Catherine!" She's only acting in front of a camera.

The Story Is Inconsistent

If you care to watch the video carefully, (though it's a waste of time - the story's so cheaply made up and boring!) you'll notice that the seller keeps talking about a few subjects over & over again but without logically explaining any of them. Like a parrot. I'll show you some of the inconsistent claims that I picked.

1. What Is The Explode My Payday Charging For?

However later on, she starts to talk about your "domain hosting account". She "sets up an account" for you as she speaks, and says your account is hosted by her and her team. And she asks you to pay for it.

The reason for asking you to pay doesn't make sense either. She says she can't pay that hosting fee for you "due to internet legal restrictions" which is total rubbish. No such internet legal restrictions exist. If she was setting up a web hosting account on your behalf, all she has to do would be to hand it over to you with a temporary ID and password, and ask you to pay the fee to the hosting company directly. But she says your account is hosted by her and her team, and also says she doesn't want money from you. If that was the case, your access to EMP should be totally free. The story is so cheaply fabricated.

The seller keeps saying you can make "$1,000 per day" with whatever the system she's trying to sell, but the sales page header reads "$800 per day" above the video clip.

She asks you to sign up to receive a detail of the system, I signed up and found an email from one of the seller's fictitious user ("Megan Elizabeth" who leaves a fake testimonial) in my spam folder shortly after that. The email suggests $237 a day, which is a lot less.

Basically, it's just like you find 3 x job classified ads in the same paper, advertised by the same employer. But they just say "A job vacancy", no job description is specified but each one says $50 per hour, $100 per hour, $150 per hour respectively. Would you pick up a phone and contact the employer? You may do if you were desperate for some cash. Would you still take it if you had to pay some money to them upfront? The only thing you know is the job is "easy", you never know if it involves a criminal offense. Would you still take it?

3. The Seller Wants You To Be An Advocate?

At the beginning of the video, the seller says she doesn't want you to tell anyone about this. But a few minutes later, she says her long term vision is to get the EMP in the hands of thousands. She says she's looking for one person in your city, and she wants you to be an advocator when she's ready to take it extreme to the public.

Also the seller says that you are the chosen one in your city. But this video can be accidentally watched by anyone; an 8-year-old child, or someone already a billionaire, for example. If this video was only shown to one person in your city, and YOU happened to be 8 years old, would she still want you to be an advocator for her business?

4. "Your Account's Already Made Money"

While speaking on the video, she "sets up" your account, gives it a little tweak to "activate it" so that commissions will automatically roll into your account. A few minutes later she shows you a fake screenshot of your account and goes, "Wow! It's made $625 already. What you need to do ASAP is set up your personal members' area account to receive the payment. You need to set that up immediately." She's urging you to pay money to join the EMP to receive the $625.

Again, anyone with half a brain can tell whether a video is live or recorded. The seller created this video with a slideshow and text overlay, pretends to "activate your account" as she speaks, the money automatically come in from nowhere as she speaks. This is a typical cheap trick, none of this is possible.

I've explained how inconsistent the seller's claims are, but another thing that typical scammers use is a fake scarcity technique.

"Scarcity marketing" technique is used by many legitimate marketers, typically showing a countdown timer in a sales page, trying to urge customers to make a purchase before it's too late. A seasonal sale is scarcity marketing, with a message such as "Sales ends this Sunday!" "While stock lasts!"

But a false technique is almost alway used by scammers, and the Explode My Payday is not an exception. The seller emphasizes the scarcity over & over again by saying things like;

Without explaining why it's a secret and why she's limiting the number of people, this is just a false scarcity.

The seller says your payment of $47 is required for your web hosting. But as soon as you move your curser to close the browser, a new discounted offer will pop up, knocking off $10. If you're still not interested and attempt to close the browser again, the final discount offer of $17 will pop up. Obviously the seller's simply trying to sell this product to as many people for as long as she/he can.

Explode My Payday is now sold via ClickBetter and you are covered by it's 60-day money-back guarantee. So if you've accidentally bought it, you can access the admin from your email receipt and ask for a full refund within 60 days of purchase. You can tell them that you've been misled. You can say that you were promised to;

Which Ones Are Legit?

Scammers often refer to "an automatic system that spits out money". Don't ever believe that, because that kind of thing never exists.

There is a huge misconception about making money online because there's one question that I often asked by new starters. The question is;

The answer to the question is simple and clear. But very few of these starters come back to me because the answer is not something they wanted to hear.

These people still believe that somewhere in the internet world, there may some (1) secret systems that (2) require no skill and (3) create money out of nowhere. So long as they keep dreaming of that kind of internet luck, they'll continue to pay for scam programs over and over again and never make a single penny out of any of them.

The Only Legit Programs

So if you want to seriously move forward without wasting any more time and money, you want to make one thing clear. The answer to the question. Which "make-money-online" products are legit? They are legitimate ONLY if they are

Other programs, systems, schemes...whatever they're called, you are likely to waste your money if they're not teaching you serious online business techniques. 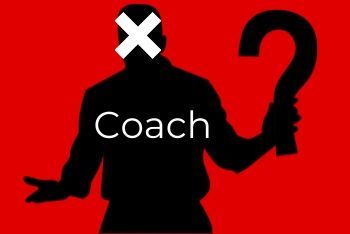 Many scam programs say, "Don't worry. All you need is to set it up. Our coach will give you a call." That's not a training course. A legitimate make-money-online program should be telling you exactly what you'll be learning and roughly how long it will take you to learn it all.

Legitimate training programs will teach you various techniques; if they're not teaching you at least one of the following, they cannot be trusted.

If you're not clear about what you're going to learn, don't pay!

You Have To Learn!

It means that you really have to learn these techniques and apply the techniques yourself before you can actually start making money. I've said it earlier and I'll say it again; with any legitimate program, you'll have to put a lot of effort to work on it. Don't ever believe any "systems" that automatically make money for you out of nowhere, and that's exactly what the Explode My Payday falsely tells you.

Explode My Payday Pros and Cons

The business is a secret, no skill is required, you'll be given an "account" with some free money in it, and you'll make an unrealistic amount of income with very little effort right away... You see, combining all of these promises, it proves that the Explode My Payday is a typical scam product. Not recommended. Stay away!

WowApp Review: Why Not Earn, Share and Do Good?